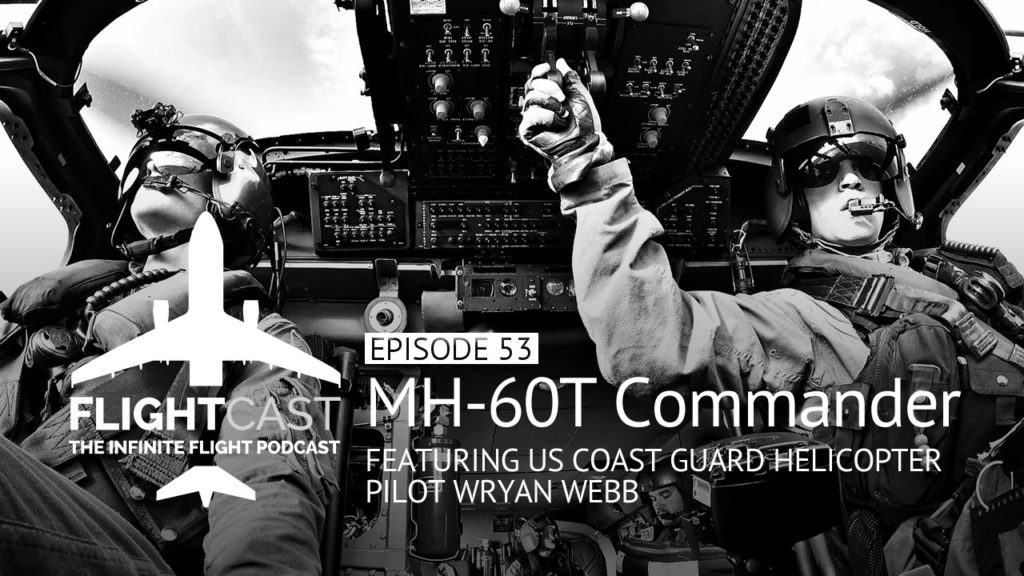 Lieutenant Wryan Webb is an Aircraft Commander on the Sikorsky MH-60T Jayhawk for the United States Coast Guard. Currently based in Traverse City, Michigan, Wryan joined FlightCast to talk about his career and his love for aviation. The Coast Guard plays a vital role in keeping US borders and citizens safe, and as Aircraft Commander, Wryan’s job is an important one.  Today, FlightCast goes back to Helicopters!