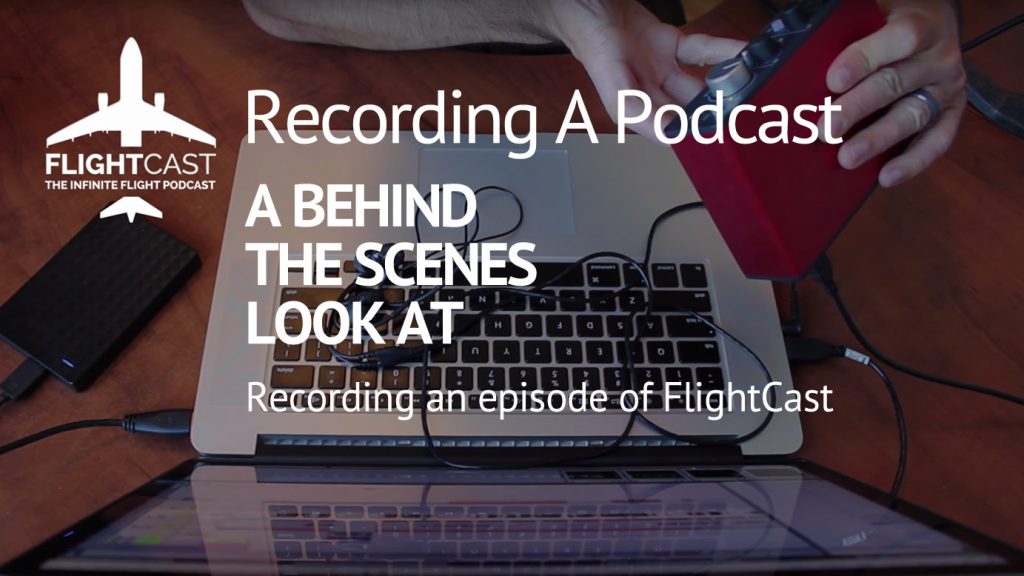 Recording a podcast doesn’t have to break the bank. In this short video, I take you through the technical side of how a FlightCast episode is created.

I can relate to the people asking questions about how the episodes are made.  We’re not in a fancy studio with padded rooms, $2000 microphones, and a producer on the other side of the glass.  But you don’t need all of that when recording a podcast to make sure your listeners have a great experience.

I started out using Garageband on my Mac to record podcast episodes, which is okay, but as I discovered there was a fundamental problem with doing that.  Garageband has a yet-to-be-worked-out bug that causes tracks to mysteriously disappear.  Like, just disappear.  You start Garageband and are met with an ominous message that reads something like “Audio file xxxxx not found…” It’s a nightmare, and Joe and I had to re-record an entire intro to an episode because of this.  You might say, “yeah but Jay, what about your time machine backups?” Great idea! The problem is, I was recording straight to my external hard drive which isn’t backed up by time machine.  So, I suppose a better way to do this would have been to record the track to the Mac’s HDD and move it later.  Either way, this wasn’t cool.

Eventually, I purchased the Focusrite Scarlett Solo USB audio interface you’ll see in the video, which came with a license for Ableton Live Lite. Now, this is a learning curve for people used to using Garageband.  However, a few hours spent on YouTube will quickly ease that transition.  With Live Lite you’re limited to 8 tracks, and 4 inputs (2 stereo inputs) at one time, but for podcasting this is more than enough.

At first, I was recording my vocal to my iPhone as a voice memo and then dumping it into Garageband. This helped with the “I might lose the track” problem, but I still had to rely on the software to record my guests and co-hosts.  To help with that, I downloaded Soundflower for Mac and checked out some tutorials on setting up an aggregate audio device that would let me send that audio to my recording software.  If anyone has a great solution for PC, please comment below.

After I’m happy with my editing job, I bounce the tracks to a stereo .wav file, and use Audacity for Mac to do a little mastering. I export my .mp3 file and voila; the final product is ready for the masses!